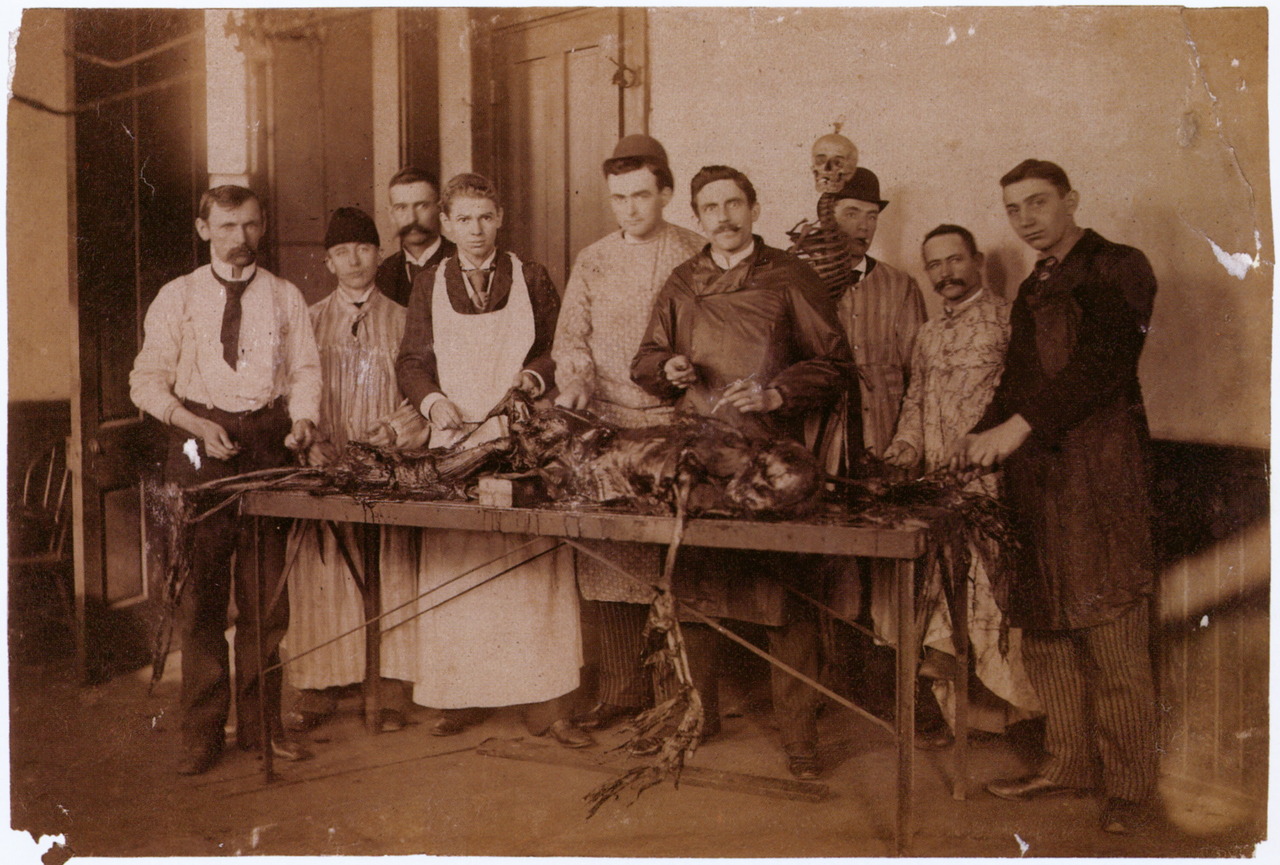 I never feel more alive than when I am standing among the rows and rows of anatomical specimens in medical museums around London. In one jar floats the remains of an ulcerated stomach; in another, the hands of a suicide victim. Cabinets are filled with syphilitic skulls, arthritic joints, and cancerous bones. The unborn sit alongside the aged; murderers occupy the same space as the murdered. 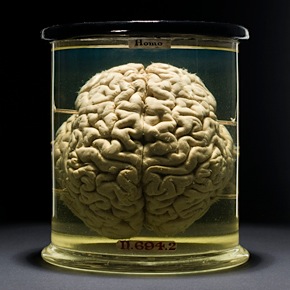 As a medical historian, I have a professional interest in these collections as part of my ongoing research into the early history of surgery. Occasionally, however, I catch a glimpse of veins and arteries dangling from a severed wrist—or the bloated face of a child who died long ago—and I reflect on the actual surgeons and anatomists who cut up these dead bodies. How did they overcome the emotional and physical realities of dissection? And how do contemporary experiences in the dissection room compare with those from the past?

A few months ago, I sat down with my mother, a registered nurse, and we talked about her first dissection. She spoke with intense clarity as if it had happened only yesterday: “She was a woman in her 30s, younger than I was then, who had died from toxic shock syndrome. I felt sorry for her.” My mother paused as the memories flooded over her. “I wanted to cover her body with a blanket, not because she was naked…I don’t know. I just thought she’d be more comfortable with a blanket over her before we began poking, prodding, and pulling her to pieces.”

The idea that the anatomisation of the body is tantamount to “hacking,” “distorting,” or “disfiguring” what once was a living human being has troubled medical students for centuries. In 1663, the Danish physician, Thomas Bartholin, wrote that one must partake in “mangling the dead so that he may know the living.” Nearly a century later, the Master of Anatomy to the Incorporation of Surgeons of London remarked to those attending the public dissection of the criminal, Richard Lamb, “I think few who now look upon that miserable mangled object before us, can ever forget it.” Then, as now, confronting a cadaver could be a distressing event. But the unsanitary conditions of the past often made the experience even more traumatic. 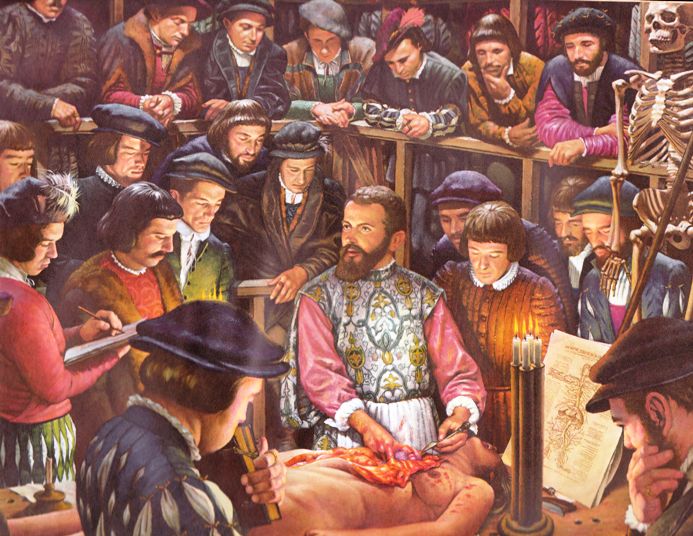 Unlike the sterile laboratories of today, the “dead house” from previous centuries was a very different place. One medical student from the 19th century described the “swarms of sparrows fighting for scraps” and the “rats in the corner gnawing bleeding vertebrae”. The dissection theatre was bloody, smelly, and filled with all kinds of animals and insects trying to feast on the decomposing bodies, some of which had been plucked from the grave after a couple of days in the ground. In letters, diaries, and medical notes from Europe during the Enlightenment, I often come across descriptions of “decaying flesh,” “rancid corpses,” and “putrid stenches”—not the “slightly sweet, clinical smell” that some medical practitioners remember today. In a letter dated Oct 8, 1793, James Williams—a 16-year-old English surgical student—described his living quarters in John Hunter’s anatomy school in London as “a little perfumed.” The 17th-century German surgeon, Lorenz Heister, was not as delicate in his descriptions. He recommended that “Students in Surgery should not only be furnished with Strength of Body, but constancy of Mind” so that they remain “unmolested and unmoved by Stench, Blood, Pus and Nastiness that will naturally occur to them” during their practice. 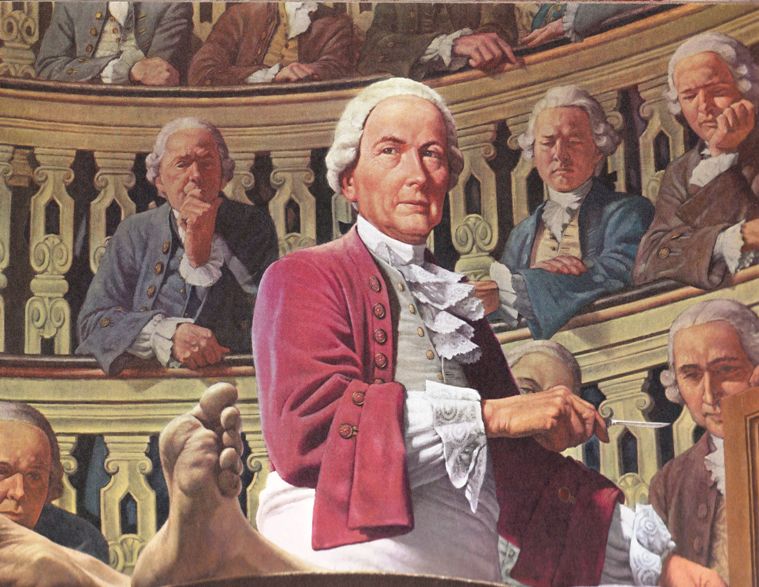 There were plenty of young men who entered their anatomy lessons only to discover they did not have the “constancy of Mind” required to endure the realities of dissection. The composer, Hector Berlioz, who attended medical school in Paris in 1821 “leapt out of the window, and fled as though Death and all his hideous crew were at my heels” the first time he entered what he described as a “human charnel-house.” Berlioz claimed that it was “twenty-four hours before I recovered from the shock” and was able to return to the dissection theatre. Thomas Platter the Younger, a 16th-century Swiss physician, was haunted by the memories of his first dissection. During the first week of his lessons, he dreamt he had feasted upon human flesh. When he awoke in the middle of the night, he vomited.

Many, however, did learn to adapt over time. Bit by bit, piece by piece, they began to view the body not as a person but as an object. Some surgeons and physicians were even able to cut open the bodies of relatives. The French anatomist, Guillaume Rondelet, caused an uproar in 1538 when he publicly dissected the body of his infant son, whilst William Harvey undertook private dissections on both his father and his sister during the 16th century. These men, of course, were exceptional, but it does illustrate the extent to which one could become detached from the dissected body. 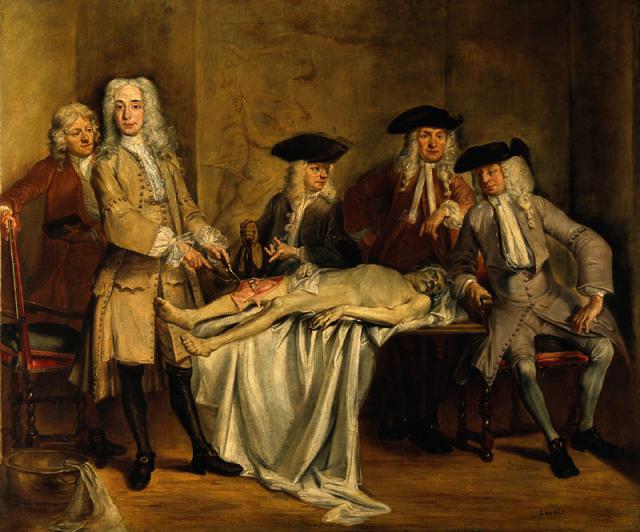 This made me wonder about medical students today. How did their experiences compare to those from earlier periods? To find out, I interviewed several doctors about their earliest memories in the dissection room. From these conversations, I discovered that many medical students are just as apprehensive about their first encounters with a cadaver as their predecessors. Erica Lilly, a general practitioner in Canada, remembers her unease as the cadaver’s head was unwrapped from its plastic covering during her first anatomy lesson. The face did not look human “as much as it looked like a mask,” she says, her voice laced with emotion. Similarly, Jennifer Kasten, Research Fellow at the Department of Surgery of the University of California, Los Angeles, recalls the “muffled crying” from some of her fellow students as the body bags were unzipped for the very first time. She describes the first cut as “one of quiet and awed intensity.” For her, it was an “initiation into the mysteries of medicine.” The physical act of cutting open a dead body was only one of the challenges that interviewees mentioned during the course of our conversations. The odour was also an obstacle. Thomas Waite, Specialty Registrar in Public Health in Wales, remembers it vividly: “I’ll never forget [the smell]…At the end of the year I threw away the only set of clothes I wore under my dissection coat because no amount of washing could get rid of it.” 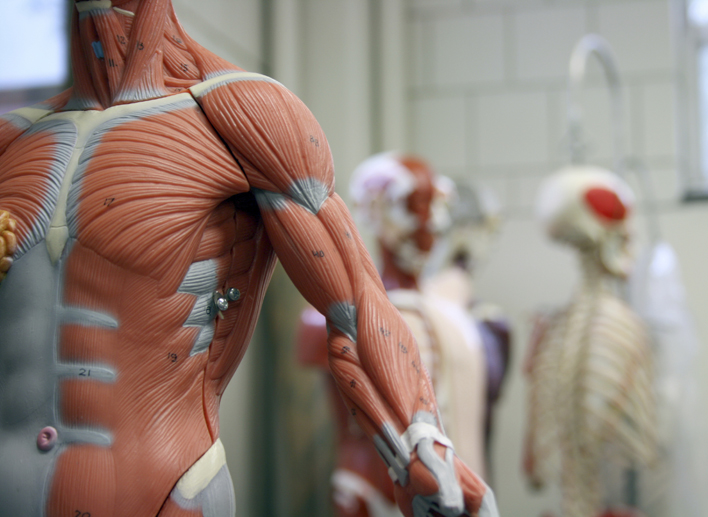 The sensory experiences of those working in the earlier periods would have differed greatly from those of Waite. To better understand what medical students in earlier periods might have felt when first confronted with the rotting flesh of unpreserved corpses, I turned to William MacLehose, a medical historian at University College London. Several years ago, he visited the “Body Farm,” the University of Tennessee’s Anthropology Research Facility in Knoxville, TN, USA, where human decomposition is studied. When I asked MacLehose to describe his reaction to what he saw on the Body Farm, he struggles to find words, pointing out that “words will always have some level of distance to them” that cannot fully capture the “raw and horrific” experience he had when he first visited the research facility. He confesses that the “safe, stale, academic references” he had in his mind before his visit were no preparation for the reality he faced: “I remember wishing I hadn’t gone,” he admits. The realities that awaited the young surgical student during the 17th, 18th, and 19th centuries were grim. These were not the bloodless bodies of today—with their preserved limbs and starched linens. Indeed, Kasten tells me that she found the “lack of particular smells” in the dissection room to be “surprising.” Even when slicing open the colon and “squeezing out the long toothpaste-like stream of feces,” she was not met with the familiar “human smells” one might expect.

Today, cadavers are cloaked in anonymity. Yet, I was surprised by the frequency with which questions about a specimen’s former humanity came up during my interviews. Lilly remembers the first time she looked upon the feet of a cadaver. She wondered if those feet “had walked on the beach;” if those “toes had ever had sand between them?” Similarly, Waite often thinks back to an elderly man he dissected during anatomy lessons. Aside from some atherosclerosis, the man belied his age. Waite remembers being struck that one can achieve great age with so little evidence of disease after death. 12 years later, he still had questions: had this man “walked with a frame or unaided?” Did he “maintain his independence or was he mentally more frail in life than his physical organs appeared in death?” I believe these questions speak less about the dead than they do the living. Focusing on the humanity of the corpse sometimes serves as a distraction from one’s own sense of inhumanity as a dissector. It is a small comfort to those faced with the task of cutting open a dead body. “We worried there was something defective about us,” Kasten reflects, “that we were so easily able to go about cutting up a person into his constituent parts in a methodical, emotionless way.” After all, she admits, “our new normal really was very abnormal.”

If you enjoy my blog, please consider supporting my content by clicking HERE.