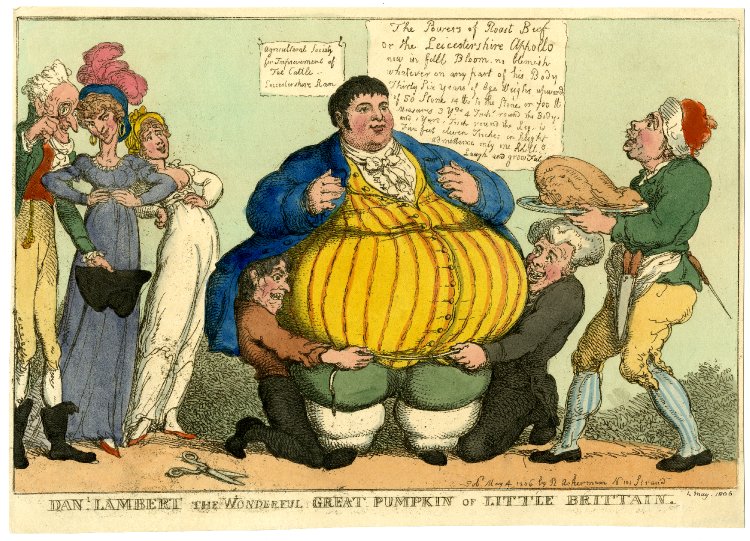 ’Tis the season for gorging! Mince pies, buttery rolls, homemade stuffing, turkey joints…all topped off with a dollop of cranberry sauce. In January, we’ll all heave a collective groan as we step onto the scales for the first time and face the consequences of our gluttony.

You may think that obesity is largely a symptom of the modern world, but the battle of the bulge has been raging for centuries. 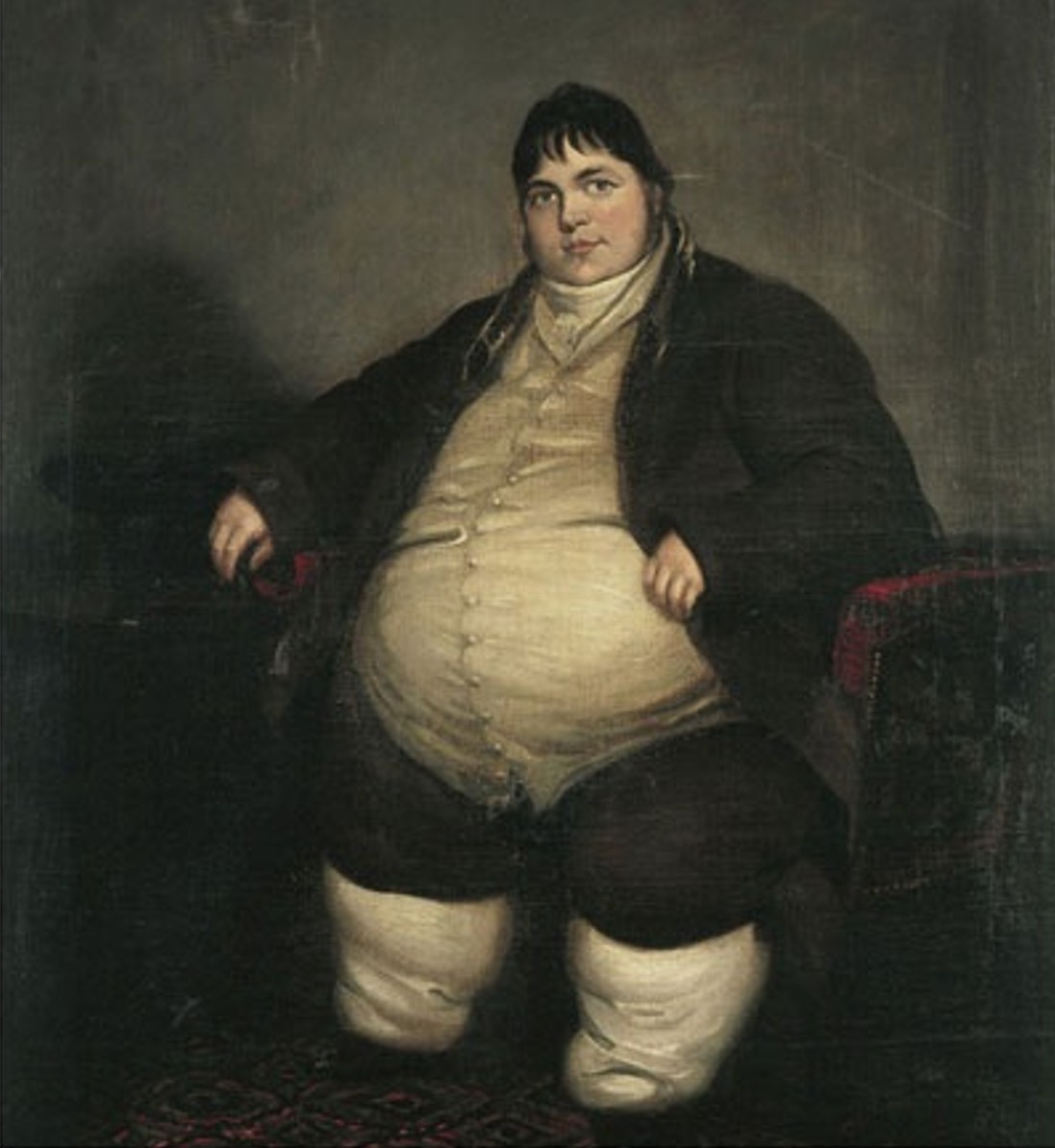 One of the most famous corpulent characters from the past was a man named Daniel Lambert [left]. Born on 13 March, 1770, Lambert was slim and athletic throughout most of his boyhood. Then, in 1791, he took over from his father as the Keeper of Leicester’s House of Correction on Highcross Street. It was at this point that young Lambert’s waistline began expanding at an extraordinary rate. Within two years, he had ballooned to 483 pounds; and by 1804, he weighed a whopping 686 pounds. A year later, the House of Correction closed, and Lambert found himself out of a job and unemployable due to his extraordinary size.

Sensitive about his weight, Lambert withdrew and became reclusive. His meagre pension, however, could not sustain the needs of a man whose enormous suits cost £20 (or £1,440 in today’s money!) Not wanting to become a sideshow freak, but unable to feed or clothe himself, Lambert did the only thing he could. In March, 1806, the Stamford Mercury reported: “Daniel Lambert is having a special carriage built to convey himself to London where he means to exhibit himself as a natural curiosity.” Once settled in the capital, Lambert began charging people for access to view him. Over the next 6 months, he became minor celebrity. All sorts of people visited him at his home, including King George III.

Eventually, Lambert returned to Leicester. He traveled the country periodically to raise money, although by then, he was a very rich man. In 1809, Lambert died shaving at the age of 39 while staying at the Wagon & Horses Inn in Stamford, during what he intended to be his final tour. At the time of his death, his waist measured an incredible 9’4’’ in circumference [picture of his breeches below], and his calf measured 3’1’’. Lambert weighed 739 pounds—approximately a third of the weight of a modern-day Mini Cooper. The wall of the inn had to be dismantled to remove his corpse. Lambert’s coffin—which was constructed from 156 square feet of wood—had to be supported on wheels, and it took 20 men to lower it down a ramp into the grave. 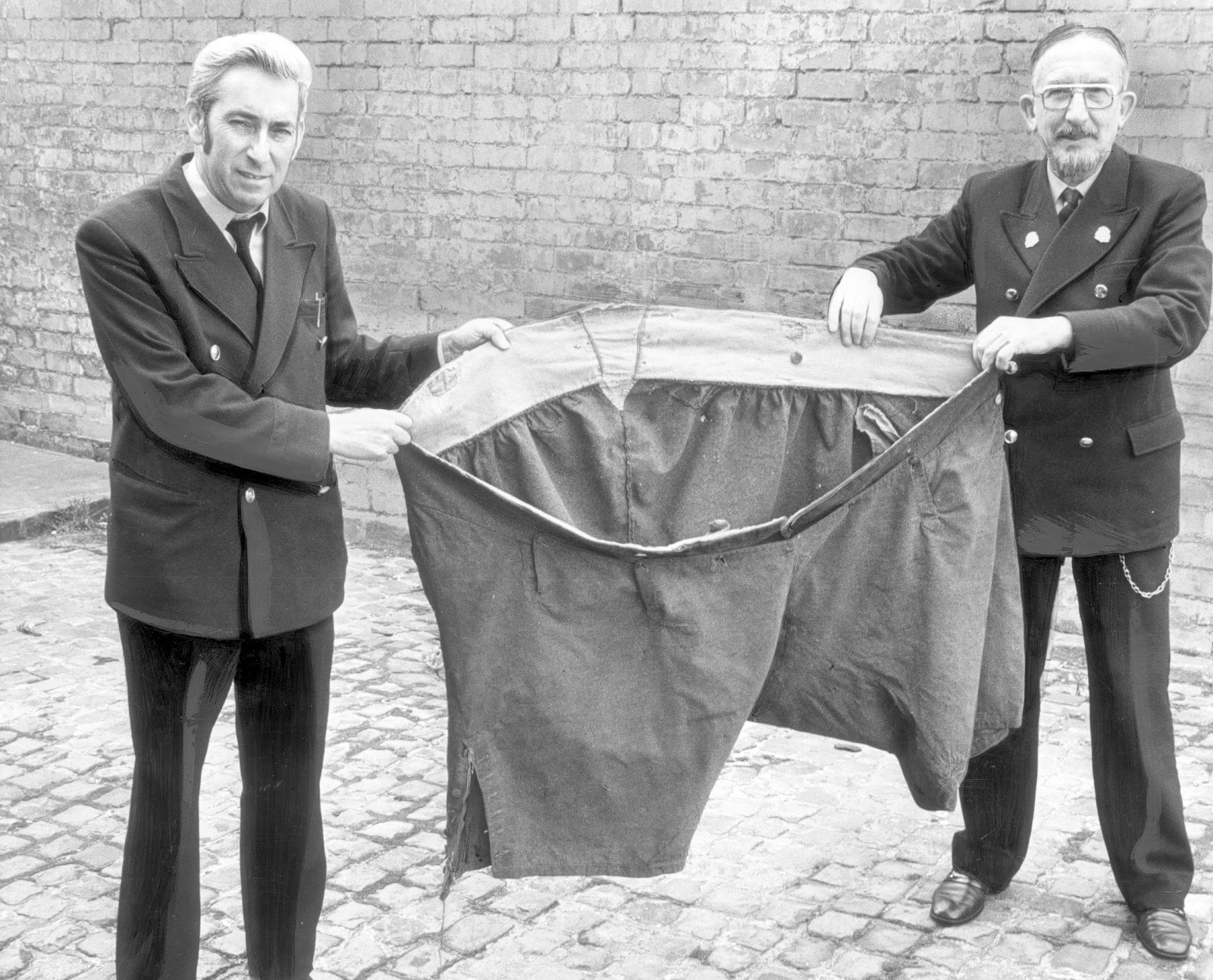 Medical interest in obesity has a long history. In the 17th century, several discoveries were made that helped doctors understand how the human body processed and stored food. In 1614, the Italian physician Santorio invented a movable platform attached to a steelyard scale [below] that allowed him to quantify changes in the bodyweight of his subjects. This allowed Santorio to measure metabolic rates in humans for the very first time. 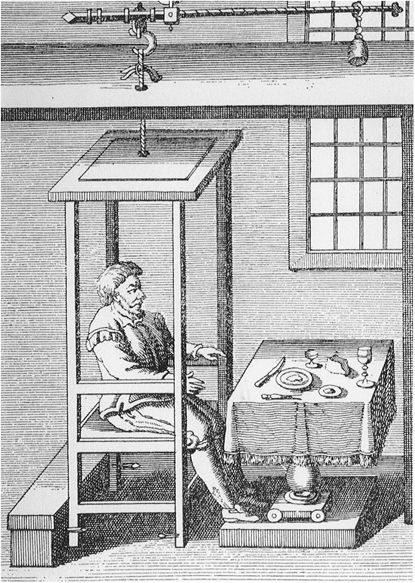 Further contributions were made by Theophile Bonet, who became the first anatomist to dissect obese cadavers, and he documented his findings in 1679. His work was taken up in the following century by the Italian anatomist Giovanni Battista Morgagni, who recorded the first case of hardened arteries in the corpse of an obese male. By 1727, the first monograph on obesity and the treatment of the condition appeared; and by the 19th century, there was a proliferation of literature on the subject, as people’s concern about obesity grew with their waistlines.

The Age of Dieting had begun.

Probably one of the most successful diets of the Victorian period (and beyond) was down to a man named William Banting, who self-published a booklet entitled Letter on Corpulence in 1863. In it, he proclaimed success with the first “low carb” diet, imposed upon him by his physician, a William Harvey of Soho Square. The regimen included eating four meals a day, each consisting of meat, greens, fruits, and dry wine. The emphasis was on avoiding sugar, starch, beer, milk and butter.

The pamphlet’s popularity was such that the question “Do you bant?” – alluding to Banting’s method – became commonplace, and eventually came to refer to dieting in general. Incredibly, Banting’s booklet remains in print today.

We may all need a copy come January!

If you enjoy reading my articles, please consider supporting my blog by clicking HERE.